BACK TO GKCOA HOME PAGE

In the last meeting, someone asked who was in what division of the Suburban Conference.  The reason was to determine who may be eligible for a 3-out-of-5 set varsity match or not…the rule in the conference is if a match takes place between teams within a division, the varsity match MUST be 2-out-of-3 sets.  Matches with teams between different divisions MAY be 3-out-of-5 if both teams agree.  Again, hopefully, schools will contact referees in advance about their intentions, but it’s always a good idea to ask when you call in to confirm your matches–also, if you are scheduled to work C-team, then line judge varsity, it would be a good idea to ask as well.  This list below could be helpful in determining if your match MIGHT be the 3-out-of-5.

If you have officiate teams not in the Suburban Conference, again make sure to confirm the match format when you call.

Q: At a match on Thursday, a coach told me that another official had insisted a player remove a headband because it was not the same color as the uniform. Is that correct? 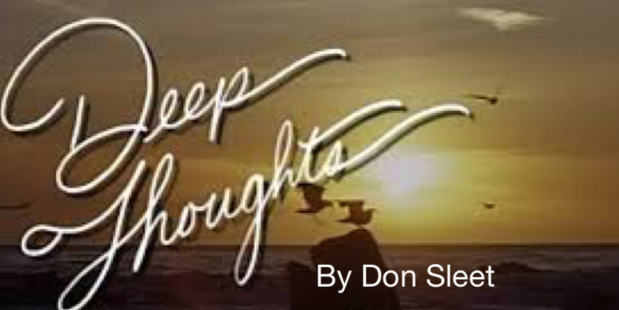 Here are some observations by MSHSAA observer and mechanics interpreter, Don Sleet, regarding items of note he’s observed at matches that may be beneficial to the entire membership:

As officials improve, there comes a time where you must understand infrequent happenings in order to call them properly.  Oftentimes, knowing how to properly call these situations takes more than just reading the words in the rules book.  Being able to see these plays usually helps a great deal and separates the great referees from the average ones.

As a Big Ten Conference line judge, I have access to a number of video clips that occur throughout the conference.  I have taken a look at a number of them in the database for matches that have occurred in the last couple of weeks and found some clips of such plays.  These clips are being used for learning purposes only.

OVER THE NET VIOLATION

We had a discussion a couple of meetings ago regarding over the net violations and when to call them during an attack vs. block situation.  This is not exactly the same, but the situation in this video does happen commonly:  the ball does not break the plane of the net and the setter is attempting to set the ball when the opposing blocker contacts the ball, as shown here:

This is a commonly missed center line violation by the second referee, but not here.  The blocker (on the white team) directly in front of the R2 steps across the center line as she is spinning to turn and push off away from the net in order to transition from defense (blocker) to offense (hitter).  This commonly gets missed because after the block is over and the subsequent ball is dug, R2’s think their responsibility for watching the net and center line ends as well.  High school rules state there are no exceptions or allowances for that rule even after the block is completed.  As second referees, we need to make sure our eyes stay with the players at the net as long as there is potential for a violation and not with the ball.

Here’s another situation that we need to improve on.  Some coaches would argue that double contacts that occur from setter to hitter don’t necessarily provide an advantage since the two contacts are by the same team, but ALL coaches would argue that sending a attacked ball strategically across the net illegally would provide that team with an advantage.  So, that’s why a play like this (end of the rally on the team in black) needs to be called as a double contact.

In this clip, the setter on the team in white is back row.  The ball enters the plane of the net (therefore, both teams may contact the ball).  The team in red attacks it and the back row setter contacts the ball at the same time as the front row attackers.  This is a back row block on the setter.

Here’s another one where the ball goes over the back row setter into the opposing team’s front row attackers where the ball is attacked into the outstretched hand of the setter.  This is also a back row block.  Oftentimes, a coach will say “How can my setter be a blocker?  She was trying to save the ball!” or “She was trying to set…that’s not illegal!”  According to Rule 9-5-1c, a player is a blocker if there is a ball coming from the opponent and if she is reaching higher than the net at the moment of contact.  There’s even a note at the bottom of the rule that says, “If a player near the net is reaching above the height of the net and opponents legally cause the ball to contact him/her, the player is considered to be a blocker.”  The intent of what the player was trying to do is irrelevant.  Check this out:

LIBERO SETTING IN FRONT OF THE ATTACK LINE

Rule 9-5-6b states that a libero “shall not set the ball using overhead finger action while on or in front of the attack line (or attack line extended), resulting in a completed attack above the height of the net.”  This is still something not commonly seen by many referees, so here’s an example of it.  Most of the time it happens when the libero sets a 2nd contact and the attacker attacks the 3rd contact.

In this example though, the libero uses finger action on the 1st contact and the completed attack happens (on the setter dump) on the 2nd contact.  Excellent call by this referee.

HOW TO GET YOUR MONEY OUT OF ARBITER PAY

Last week, I posted a link to a video about how to get your money transferred from Arbiter Pay to your bank account.  The video apparently has been taken down.  So, the main thing you need to know is that if you can click on “Payments” in Arbiter to transfer the money or use the http://www.arbiterpay.com website.  If you use the website, make sure to select NO for the following question or else you will be charged $1.50 for every automatic transaction:

We do not have any more scheduled face-to-face meetings this year, so please keep up with the latest information using the Sunday newsletter and videos we may post here.  We are planning on doing an online “meeting” of some sort on Sun., Oct. 6, if we feel it’s necessary.  If you have questions or situations, please email ken.corum@nkcschools.org or use the Drop Box.